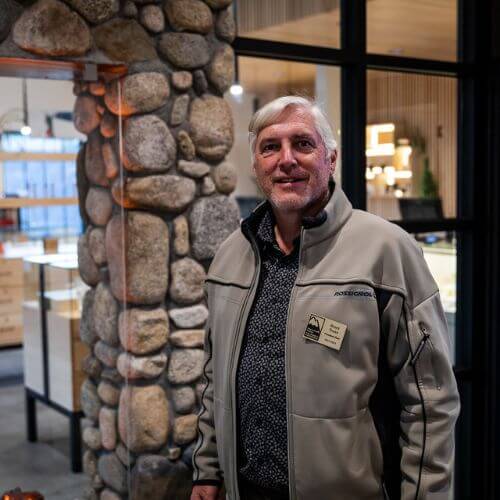 Brent, his wife, Betsy, and young daughter, Katherine, moved to Mammoth Lakes in 2010 and quickly embraced all the Mammoth community has to offer. Brent currently serves as General Manager for the Sierra Nevada Resort and is the former General Manager of the Westin Monache Resort.

A graduate of the University of Vermont, Brent grew up in the northeast and his career in hospitality has spanned the country from the historic Brown Hotel in Louisville, Kentucky to the renowned Canyon Ranch Resort & Spa in Tucson, Arizona. Brent has also served as Vice President and GM for the acclaimed Mirbeau Inn & Spa in Skaneateles, New York. No stranger to ski country, Brent has held managerial positions at Sugarbush Resort and Topnotch at Stowe Resort & Spa. Brent also served as GM of the historic Mountain View Grand Resort & Spa in Whitefield, New Hampshire and GM of the Peaks Resort in Telluride, Colorado.

Brent has served on the Mammoth Lakes Tourism Board and has also held several leadership roles with the Mammoth Lakes Chamber of Commerce. He currently serves as a board member for Disabled Sports Eastern Sierra and is vice president of the Measure S committee for the Mammoth Unified School District.